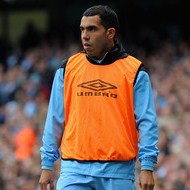 The Sun reported that Boca are set to make an ambitious bid to rescue Tevez from his Manchester City hell.

The Argentina giants are seeking permission to sign a new striker on an emergency loan after losing crocked Lucas Viatri for six months.

They want someone in by next week and vice-president Jose Beraldi confirmed they will make an approach to City.

He said: “We will make an attempt for Carlos Tevez, who is not playing at Manchester City. We know it will be difficult but we will try.

“The doors are always open to Carlitos. He’s a Boca idol and a key piece in many of our achievements.