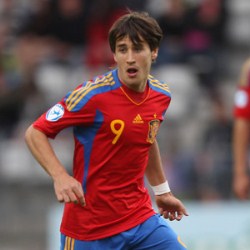 Interesting transfer news are out and it has been revealed that Bojan Krkic is ready to leave Barcelona.

The Spain U21 striker is reportedly preparing to join Italian club AS Roma.

“People have been discussing my future for days,” said the young striker.

“At the moment I still can’t say anything, but we’re certainly very close to the right moment.”

Bojan is a rising star of the future, but he’s struggled to get regular action at the Nou Camp for the European champions.

“I was nine when I first dreamt of playing for Barcelona and it is an objective that I will have forever,” he added.

“However, this is not only dependant on me and there are other marvellous roads to go down, roads full of dreams.”