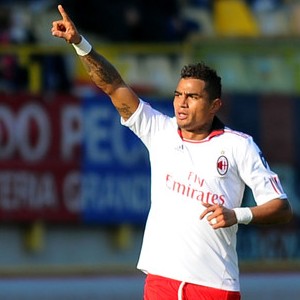 Milan consolidated their healthy lead at the top of Serie A after Kevin-Prince Boateng, Robinho and Zlatan Ibrahimovic fired the Rossoneri to a 3-0 victory at Bologna.

Bologna had conceded just four league goals at home before the arrival of Massimiliano Allegri’s side but Boateng needed just nine minutes to open the scoring.

And Robinho and Ibrahimovic sealed a first-rate Milan performance on 35 and 60 minutes respectively before Bologna’s Marco Di Vaio missed a penalty.