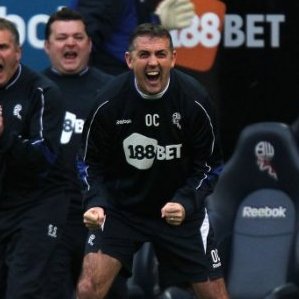 Holden struck the winner in the 88th minute, just 10 seconds of playing time after Mame Biram Diouf had scored an equaliser for Blackburn.

Fabrice Muamba opened the scoring for Bolton on 65 minutes, all this after midfielder Mark Davies was sent off for a second bookable offence.

Davies’s 56th-minute dismissal, for leading with his arm when challenging Phil Jones, proved the catalyst for a game that had been ambling along.

It was Bolton’s first home win against Blackburn in 11 attempts, and Sam Allardyce’s first defeat against his former club as Rovers boss.