Reports are out claiming that Bolton Wanderers are making a move for Manchester United winger Wilfried Zaha. 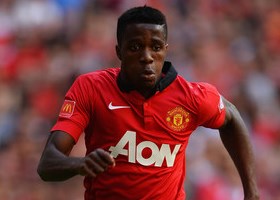 The People reported that Trotters boss Dougie Freedman was Zaha’s manager and mentor at Crystal Palace and guided the exciting winger on his way to a big-money move to Old Trafford.

However Zaha’s high-flying career has stalled dramatically as he drops out of the United squad and slipped from the England seniors to the under-21 side.

The Bolton chief has had a rough start to the season himself but landing Zaha – as soon as possible – would give his new-look side a lift.