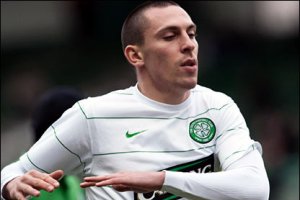 Bolton Wanderers manager Gary Megson has been reported to be ready to launch a £7 million bid for Celtic midfielder Scott Brown.

Local British newspapers have reported that Megson will enter the bidding to sign Brown in the New Year and rival fellow Premier League clubs Tottenham, Everton and Stoke for the Scotland international.

Brown, now age 24, is wanted by the Trotters as a replacement for Sean Davis who could miss the rest of the season with a knee injury.

The midfielder could go in January as part of manager Tony Mowbray’s overhaul at Parkhead.