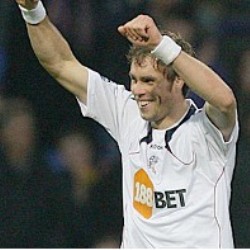 Kevin Nolan’s big return to Bolton turned sour in spectacular fashion as he gave away an early penalty and could do nothing to prevent his old club soaring to the dizzy heights of fourth in the Barclays Premier League with a sensational 5-1 win.

Kevin Davies hit a brace from the spot and in-form Johan Elmander also scored two as Owen Coyle’s men brushed aside the beleaguered Magpies, who finished with 10 men after the late sending-off of Fabricio Coloccini.