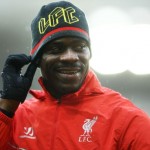 Reports are out claiming that Juventus defender Leonardo Bonucci has revealed that there is a way back to the Italy squad for Liverpool striker Mario Balotelli.

“However, at Euro 2012 he was one of our most important players. It’s clear that the door to this national team will always be open to those who are willing to sacrifice.”