It has been reported that Arsenal winger Alex Oxlade-Chamberlain is set to make a playing return this week. 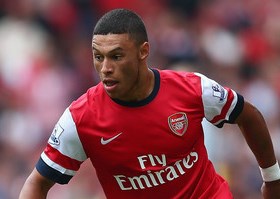 The England international star is set to make his long-awaited return to action against Fulham Under-21’s this week, reports the Daily Mail.

The Arsenal winger has been on the sidelines ever since damaging his posterior cruciate ligament during the 3-1 defeat to Aston Villa on the opening day of the season.