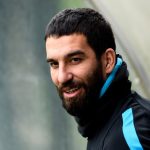 Turan is seen at BVB as a replacement for Manchester United target Henrikh Mkhitaryan.

Sport reported that the fact that Arda Turan played a backup role after making his Barça debut in January makes Dortmund believe a deal could be possible. In fact, the reports say that the Catalan club would consider selling for the right price.

Turan’s good relationship with Turkey team-mate Nuri Sahin, who plays for Dortmund, could help to convince him to leave Camp Nou, despite only signing last summer.