It has been revealed that Borussia Dortmund coach Jurgen Klopp is set to keep Premier League clubs waiting. 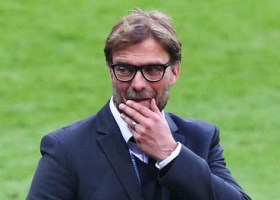 Klopp has moved even further out of reach for his Barclays Premier League admirers after emerging as Germany’s top choice to succeed Joachim Loew as national coach, says the Daily Mail.

The German Federation appeared to give Loew a resounding vote of confidence last week, when they announced they had reached agreement with him for a new contract until 2016.

Chelsea and Manchester City were linked with Klopp at the end of last season.