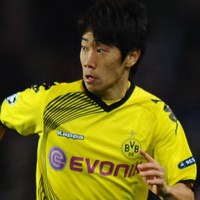 The 19-year old penned a new contract on Tuesday, believed to be worth around £3.9million a year, and now that he has committed, the reigning German champions are determined to lock down Japan international Kagawa who is contracted until 2013.

The 23-year old attacking midfielder has been in brilliant form with 11 Bundesliga goals this term, five of them in his last six outings, and it has been reported that he will commit to Dortmund in the next few days.