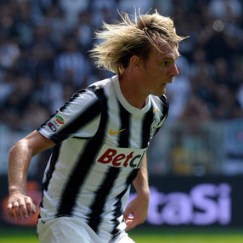 German media sources say the 2010-11 champions are interested in netting the winger during the January transfer window.

Krasic’s future in Turin is in some doubt after his inconsistent campaign so far under new boss Antonio Conte.