According to Borussia Dortmund general manager Michael Zor, the German side is looking to secure Ilkay Gundogan to a new contract. 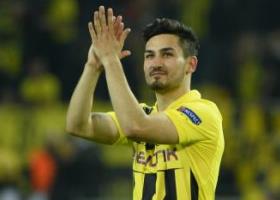 The German international midfielder is under contract until 2015 but Dortmund insist they want to ward off any interest from the likes of Real Madrid, Arsenal and Manchester United by locking him in to a long-term stay.

Zorc told kicker-Sportmagazin : “Of course, we are very interested in signing a new contract with Ilkay Gundogan,”.

“Due to the injury that Ilkay Gundogan is out with at the moment, talks regarding a new deal have stalled, but we are keen to soon resume negotiations on a new contract.”