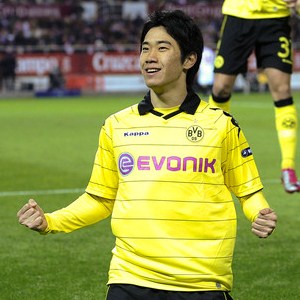 It has been revealed that Borussia Dortmund is demanding £20 million from Premier League giant Manchester United for Japanese attacker Shinji Kagawa.

The playmaker moved to Germany from Japan for just £295,000 last summer but has since gone on to become one of the hottest prospects in the Bundesliga.

Dortmund are now demanding £20 million for Kagawa who has scored 8 goals in 17 appearances for the club.