Interesting transfer news are out claiming that Borussia Dortmund are believed to be nearing a deal for SC Freiburg defender Matthias Ginter. 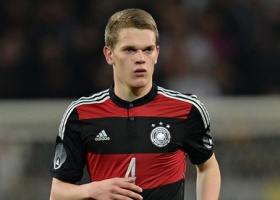 The German international centre-back has remained a target for Arsenal after they failed with a winter swoop while Manchester United have also been credited with an interest.

However, it has been reported in Germany that Dortmund are in pole position to sign the 20-year old who will cost BVB around £8million.

Ginter came through the youth academy at Freiburg and this season has gone on to make 31 Bundesliga starts for the Baden-Wurttemberg club this season.