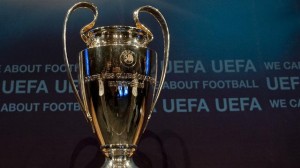 Dortmund defender Mats Hummels has been passed fit though he has not completely shrugged off an ankle injury. Juergen Klopp’s big decision is how best to compensate for the absence of Mario Goetze. Nuri Sahin is expected to come in, with Ilkay Gundogan pushing forward, but Marco Reus could also move central to accommodate Kevin Grosskreutz.

Bayern Munich have no new injury concerns so unless they suffer a late setback their team will be: Neuer, Lahm, Boateng, Dante, Alaba, Schweinsteiger, Martinez, Robben, Mueller, Ribery, Mandzukic.

Juergen Klopp: “I don’t know what you can expect. It is an absolute special game. It’s not a normal game because it’s the biggest cup in the world. Now it feels absolutely normal but tomorrow we will feel a big difference.”

Jupp Heynckes: “I’m sure I will be able to sleep soundly. For me the match tomorrow in terms of its importance is different from the Bundesliga or the German Cup, but it is a football match. There will be a German team winning – that is what I am going to bed and thinking about tonight.”

MATCH FACTS
This final will be the first all-German clash in a European Cup final. 2000 (Spain), 2003 (Italy) and 2008 (England) are the three previous occasions of teams from the country meeting in the Champions League final.

A German team is guaranteed to win the Champions League for a third time. Dortmund in 1997 and Bayern in 2001 were the previous winners.

Only once before have two German teams met in the final of a European competition. In 1980, Eintracht Frankfurt won the UEFA Cup beating Borussia Mönchengladbach in the final (losing 2-3 away in the first leg before winning the second 1-0 at home). Gladbach coach back then was Jupp Heynckes, the current Bayern boss.

Dortmund are undefeated against Bayern in their last six league games (four wins, two draws). However, Munich are undefeated in four competitive games this season (two wins in the Super Cup and DFB-Pokal and two draws in the Bundesliga).

The last duel on neutral ground between Bayern and Dortmund was the 2012 DFB-Pokal final. Dortmund won 5-2.
Bayern won all four games in the Quarter Final and Semi Finals without conceding a goal (11-0 on aggregate). They are only the fifth team in Champions League history to not concede a goal in any of their four matches in these two rounds.

This is Jupp Heynckes’ third Champions League campaign as a coach. In all three seasons he has reached the final. In 1998 he won the trophy with Real Madrid and last year, he lost the final with Bayern Munich.
Bayern could become the first German team to win the Treble (league championship, domestic cup, and the Champions League or European Cup). Six clubs have managed it previously; with the last being Inter Milan in 2010.

Mario Götze will transfer to Bayern Munich this summer for a fee of 37 million euros. Only Zlatan Ibrahimovic had more assists in this Champions League campaign (7) than Götze (5).

Only Cristiano Ronaldo (12) has scored more goals in the Champions League this season than Robert Lewandowski (10). Bayern’s top scorer is Thomas Müller with eight.

Neven Subotic (133) and Mats Hummels (106) have been forced into making more clearances than any other players in the Champions League this season.

Javi Martinez has made 39 interceptions; more than any other player in the Champions League this season. Only Arturo Vidal (44) has made more tackles than Martinez’s midfield partner Bastian Schweinsteiger (43).
Six of the 10 goals Bayern have conceded in the competition this season have been scored in the final 15 minutes of their matches.

Bayern have scored more headed goals in the Champions League than any other side this season.

Just one of the last five Champions League finals has gone over 2.5 goals. However, that final was also played at Wembley (Barcelona 3-1 Manchester United in 2011).