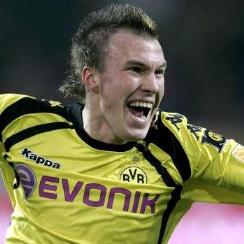 The Daily Mail reported that the Borussia Dortmund winger has admitted he would welcome a big-money move to The Emirates.

Grosskreutz, watched by Arsenal chief scout Steve Rowley as he scored the only goal against Olympiakos last Tuesday, is under contract until 2014.

But his agent Konstantin Liolios revealed that he had been made aware of interest from Arsene Wenger, while the 23-year old Germany international said: “If I do ever leave Dortmund, I would like to go to the Premier League in England, and my favourite club there is Arsenal.”