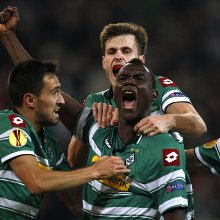 Borussia Monchengladbach remain in the race for qualification from Group C after inflicting a first Europa League defeat of the season on Marseille, winning 2-0.

It was a lacklustre encounter in Westphalia, with Filip Daems’ first-half penalty failing to prompt a meaningful response from Elie Baup’s side.

If anything, the French outfit retreated further into themselves and a first loss in seven European outings was confirmed by Peniel Mlapa’s long-range effort.

Monchengladbach joined Marseille on four points, with Fenerbahce holding on to top spot by virtue of a 1-0 victory at Limassol.

The “Zidane Headbutt” – Is It The Best Weapon Ever?