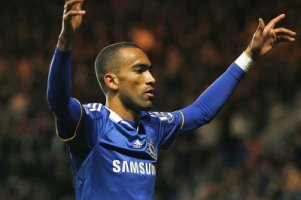 Bad news for all Chelsea fans as defender Jose Bosingwa has been ruled out for three months.

The Portugal international defender has not played since mid-October and this week travelled to Lisbon to consult a specialist after struggling with a knee problem all season.

Chelsea have now confirmed that the player underwent a knee surgery, which will rule him out until February.

A statement from the club read: “Chelsea Football Club can confirm that Jose Bosingwa underwent arthroscopic surgery on his left knee.

The statement also read that “His recovery time will be approximately three months.”

However there was some better news from the club as they confirmed that Ashley Cole’s fracture of the tibia does not require surgery.