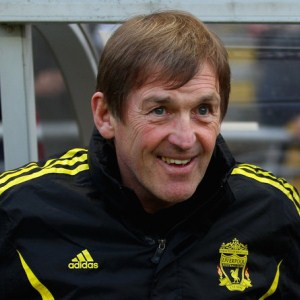 Liverpool failed in their attempts to equal a club record 14-match unbeaten run in Europe with a 1-0 defeat against Braga in their last-16 first-leg Europa League tie in Portugal.

The location of the AXA Stadium is no stranger to displays of hard labour, having been carved into the face of the former Monte Castro quarry.

But Kenny Dalglish’s side were so devoid of movement at times they appeared to be taking inspiration from the huge chunks of rock still visible at one end of the unique ground.

They lacked pace and creativity without injured captain Steven Gerrard and the ineligible livewire forward Luis Suarez, who was instrumental in terrorising Manchester United in Sunday’s 3-1 victory.

Even a European debut for £35million record signing Andy Carroll after half-time could not turn things around after Brazilian Alan had converted a 17th-minute penalty.