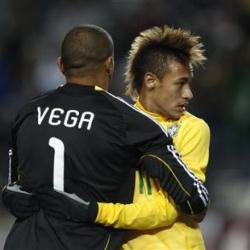 A very poor Brazil side were held to an embarrassing goalless draw by Venezuela in their opening Group B match of the Copa America in Estadio Ciudad de La Plata.

Venezuela survived a controversial decision from Bolivian referee Raul Orosco when Brazil looked to have earned a penalty for handball near the end of the first half.

It was the second match in the tournament’s first three days in which favourites were held to draws after hosts Argentina had to come from behind to hold Bolivia 1-1 on Friday.