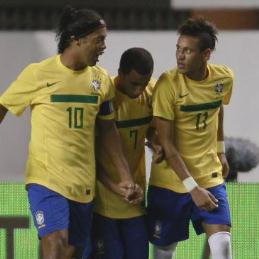 Two second half goals to teenage forwards Lucas and Neymar inspired Brazil to a 2-0 victory over arch-rivals Argentina in a friendly played only with home-based players in Belem.

The 19-year-old Sao Paulo forward Lucas, one of the leading lights in the South American U20 title earlier this year, capped off an exhilarating run from Brazil’s own half with a well-placed shot nine minutes after the break.

Neymar added the second for the hosts in the 76th minute from close range after a low cross from the left from substitute Diego Souza to thrill home fans in the Amazonian city.

While Argentina had virtually no senior players on the field, Brazil were boosted by former FIFA player of the year Ronaldinho and 19-year-old Neymar, who has become a first-choice player in the national team despite his youth. 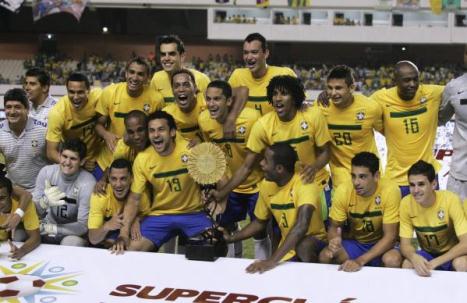