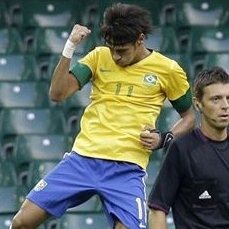 New Chelsea signing Oscar played a starring role as Brazil were forced to fend off a brave fightback from Egypt at the Millennium Stadium.

Oscar set up Rafael and Leandro Damiao for the first two Brazil goals, before Neymar made it 3-0 at half-time in front of a crowd of 26,812, greater than the attendance at yesterday’s Team GB women’s fixture against New Zealand.

The South Americans took their foot off the gas after the break and were punished as Mohamed Aboutrika and Mohamed Salah pulled goals back for Egypt, but it was not enough for the Africans in this Group C clash.