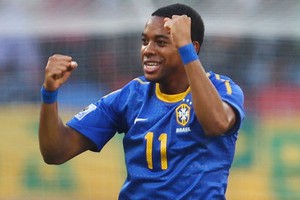 Sensational transfer news are out and it has been reported that Manchester City are offering Robinho to AC Milan for £20 million.

According to The Daily Express, Italian PM and Milan owner Silvio Berlusconi has hinted at signing a ‘mystery striker’, thought to be the City player.

Despite this, Berlusconi may not be willing to take a risk on Robinho – who former Italy and Milan coach Arrigo Sacchi called ‘totally messed up’.

Robinho has openly stated his desire to move away from England, however, wage demands of over £7 million a year could scupper any potential bid from Rossoneri for the Brazilian.

Barcelona Set To Miss Out On Cesc Fabregas