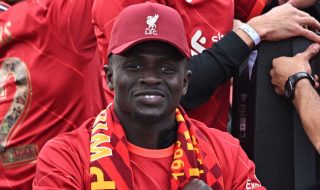 Bayern Munich are set to bid 50 million euros (around £42.5m) for Liverpool striker Sadio Mane. The Senegalese star has been identified by the Bavarians as a top target this summer, and it looks like the bosses have seen fit to shell out generously to secure his services according to Sky Sports.

Today was always going to be a big day for the Mane transfer, as numerous reputable Liverpool journalists have reported details of a fresh bid being submitted this Friday. According to Paul Joyce of The Times, a delegation from Munich was set to meet in Liverpool for face-to-face talks today, ostensibly regarding the Mane transfer. Per Joyce, the fact that the English club were prepared to meet Salihamidzic for talks indicates that they are willing to proceed with the transfer.

Between these reports, we can assume that Bayern Munich did indeed raise their bid, though whether the €50m is accurate remains to be seen. This would make the deal exorbitant by Bayern standards — at 30 years old, Sadio Mane would become the club’s third most expensive signing after Lucas Hernandez and Leroy Sane. Given that his salary package is also expected to be huge, this shows the faith the Bayern bosses have in the Senegalese star.