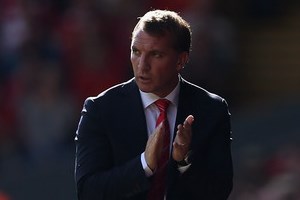 Liverpool boss Brendan Rodgers has admitted that he has plans for the January market.

Rodgers concedes his squad is short in key areas.

The former Swansea boss said: “Now we can only concentrate on the league up until Christmas.

“So we have to make sure we stay up in that top six in the league and keep fighting and hopefully we can reinforce in January.

“I think the players have made an excellent start.

“We were flat and subdued at the weekend and we couldn’t get going – part of that was because of the players we had available.”