It has been reported that Liverpool boss Brendan Rodgers feels Luis Suarez would be a worthy winner of Player of the Year. 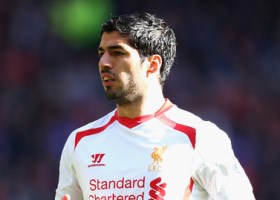 This season all the talk has been about his goals and how the striker has become an all-round team player in Liverpool’s push for the Premier League title.

Anfield boss Rodgers said: “I wouldn’t have thought there are any reasons why he can’t win it.

“I think he was well on the way to winning it last season when he had that unfortunate incident towards the end, which may have curtailed that.

“But this year he has been a model of brilliance. On the pitch it’s never been questioned and if anything he has improved on that level this year.

“I think it’s been nice for people to see the other side of him. People don’t see he’s really quite a humble guy off the field who becomes a gladiator when he crosses the white line.

“In this country I think we like to see good people doing well, so certainly for him it would be a wonderful step forward in his life and his career if he gets it.”