It has been reported that Liverpool boss Brendan Rodgers picked up the Football Writers’ Player of the Year award on behalf of Luis Suarez. 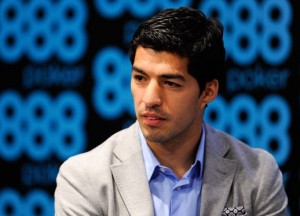 Suarez, who was also named the Professional Footballers’ Association Player of the Year, was unable to pick up the award on Thursday due to a pre-World Cup break, so Liverpool boss Rodgers instead accepted the award.

“On behalf of Luis and all of Liverpool Football Club’s staff, we want to say a big thank you to the Football Writers’ Association,” he said at the London Lancaster Hotel.

“I think everybody knows the struggles he had in the last year. It has been incredibly difficult for him.

“But rehabilitation is always respected in the country – people who want to change for the better and he is certainly someone that was at a real low point at the end of the last season.

“I know that better than anyone. It was a real, real difficult period for him but he went away and, after a difficult summer, the power of Liverpool and the club that it is convinced him to stay.

“Once we got the season under way, he concentrated on his football and we’ve had a number of outstanding players this season but Luis Suarez has been incredible.”