Liverpool boss Brendan Rodgers has admitted that he will look to reinforce his squad in January. 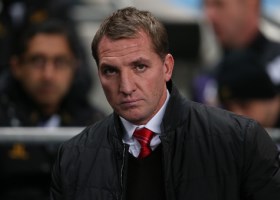 The Reds fell to fifth after losing 2-1 to Chelsea on Sunday which was their second defeat on the trot forcing them from the top of the table.

Rodgers is aware he needs further squad depth and suggests that he will be looking to bring in a couple of new faces during the winter window to add to those expected to return from injury.

“I think that’s always been the case,” he said.

“The squad is very shallow.

“It shows the size of the challenge that you can lose two games and go from top to fifth but I’m confident if we can get some players back and maybe add one or two more we can be well set.

“We’ve already shown we can be a team that is exciting to watch with confidence and creativity, and we’ve still got improvements to make.”