Brendan Rodgers has declared that Liverpool is confident going into Chelsea clash despite defeat at Manchester City.

While the manager acknowledges that his side face a stern test when they visit the capital for the weekend’s clash, he’s adamant there will be a response from his players. 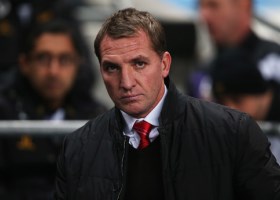 “During my time here, whatever squad we’ve been working with, we’ve always been able to galvanise the group,” said Rodgers.

“The team has been able to go again and that’s something that we’ll look to do for the weekend.

“The last game [against City] gives us confidence and belief, but we arrive into this game knowing it’s going to be equally difficult. We’re very much focused on approaching the next game because it will bring its own difficulties.

“We can’t always rely on what we’ve done in the game before. But that’s been the beauty of this team – they are a very honest group of players. We appraise and assess each game and we go into the next match with a real positive outlook to get a result.

“We’ve been improving as the season has gone on. If you look at the last number of weeks, the performance level and the standard has been at a real high level.”