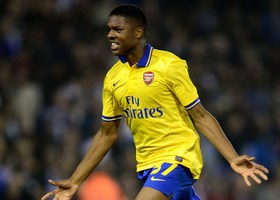 According to the Mirror, Akpom is wanted on loan by League One leaders Brentford.

However, they face competition from promotion rivals Leyton Orient and Peterborough, who almost signed him in November, while MK Dons are also chasing his signature. Germany Have One Of The Strongest Squads I’ve Played In! – Mertesacker