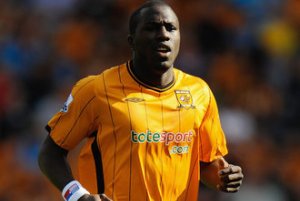 The 19-year-old striker rejoined his City team-mates yesterday after the USA celebrated qualification for South Africa next summer with a 2-2 draw against Costa Rica.

Brown told reporters that it will take time but added that nothing will give him greater pleasure than seeing the internationals settle down and the club can have a run of day-to-day coaching together.

He also added that it has been 2 months since Jozy signed with Hull and he probably apent only half of them with the club.

He also admitted that he does not know the striker too well and that Jozy does not him or the coaching staff too well.

Brown however said that everyone must remember that Jozy is only a 19-year-old boy and that he has been shipped from pillar to post in the last couple of years.

The manager then said that hopefully everyone can now the talented striker bed down and find himself a good home with Hull City.