It has been reported that Bruce Arena has signed a new contract with LA Galaxy. 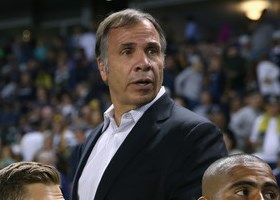 The 62-year old former USA boss has penned a multi-year deal with the Californian club with whom he first took the reins in 2008.

“We are very pleased to sign Bruce Arena to a multi-year contract extension,” said Dan Beckerman President and CEO of Galaxy’s owners AEG.

“Bruce is one of the finest coaches in the history of soccer in the United States. His commitment to the LA Galaxy, the club’s winning tradition and continued excellence on and off the field is unrivaled.

“We look forward to the team’s continued success under Bruce’s management.”