It has been reported that Manchester United legend Bryan Robson feels Wayne Rooney will lift them going into the derby with Manchester City. 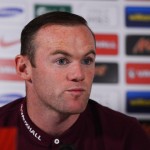 The England international is the record scorer in Manchester derbies with 11 goals and Robson believes his return on will give United a major lift.

“In these sort of games you need special players who can do special things and Wayne is one of those players,” he said. “It’s not just his ability but also his attitude. If the manager tells him to play in any position he is prepared to sacrifice himself for the team.

“It is a great mentality to have and that’s why he has achieved so much in his career already.”