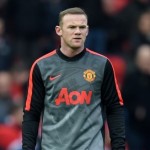 The England captain has been back in scoring form for the Red Devils with five goals in his past six outings in the Premier League and FA Cup which leads Robson to believe that perhaps he is the man to help secure a top-four finish this campaign.

“I think Wayne has been one of our most consistent players this season,” said Robson.

“The reason he hasn’t been scoring so many goals is the manager (Louis van Gaal) decided to play him in midfield and he did a good job in there for the club at that time but now he has moved forward he has been scoring a few more goals again.

“That is a good sign heading into the important part of the season when it all matters.”


Nobody Expected Us To Get This Far – Dimitar Berbatov