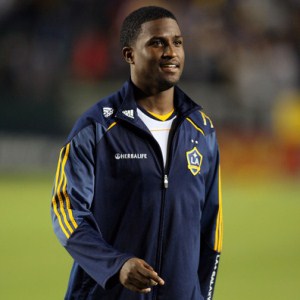 It has been reported that LA Galaxy striker Edson Buddle is on the verge of signing with German 2.Bundesliga club FC Ingolstadt.

Soccer By Ives suggests that the 29-year old USA international is on his way to Bavaria to join as a free agent after his contract with the Galaxy expired.

It is believed that the deal would only be a short-term agreement, giving Buddle the opportunity to use the deal as a stepping stone for something bigger in Europe.

Buddle enjoyed a successful 2010 season from a personal point of view, netting 19 goals for the Galaxy, as they were beaten in the Western Conference final by FC Dallas.


Maradona To Listen To Offer From Premier League Club