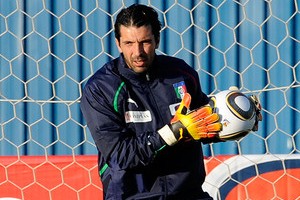 The Bosnia international striker has emerged as a major target for the new Juventus regime.

Injured Juve goalkeeper Buffon said: “Dzeko is a player who has no need of a presentation. For two or three years now I believe that he has been among top four or five strikers in Europe.

“He would certainly be a great signing.”