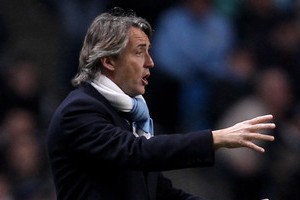 Manchester City romped into fourth place in the Premier League thanks to a resounding 6-1 thumping of sorry Burnley at a rain-soaked Turf Moor.

Emmanuel Adebayor grabbed a brace while Craig Bellamy, Carlos Tevez, Patrick Vieira and Vincent Kompany were also on target as City leapfrogged Tottenham, who had lost to Sunderland earlier in the day, into the final Champions League spot. Steven Fletcher netted a consolation for the hosts.

City’s attacking display was dazzling, but while the visitors were excellent going forward, Burnley were plain atrocious at the back – the Clarets’ defensive performance was simply not befitting of a Premier League club.