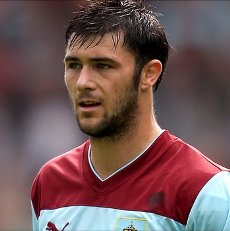 Reports are out claiming that Burnley are not giving up on keeping hold of Charlie Austin.

The 23 year old has attracted the interest on Premier League clubs such as Arsenal, Newcastle United and Liverpool.

The Sun reported that Burnley have slapped a £10 million price tag on Austin in an effort to scare off Premier League interest.