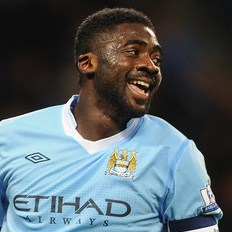 Reports are out claiming that Manchester City defender Kolo Toure is in talks with Bursaspor.

Bursaspor, where England keeper Scott Carson plies his trade, have emerged as an option.

Bursaspor manager Ertugrul Saglam told Dogan News Agency : “We have been in talks with Kolo Toure over the past two days – it would be one of the most important transfers to be completed by an Anatolian side,”.

“Obviously nothing is certain until he signs pen to paper, however we are working hard to try finalise a deal.”