Esteban Cambiasso is confident that Inter Milan will bounce back from their defeat to AS Roma. 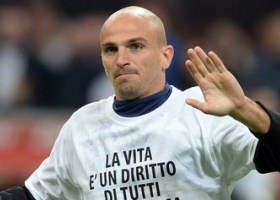 Inter were thumped 3-0 on the weekend.

The 33 year old Argentine told Inter Channel : “We’re disappointed because you never like to lose, but the League is a marathon,”.

“We’ll try to make up the dropped points and climb as high as possible.

“We did everything we could do against Roma and the fans saw that too. It was just one of those nights, there’s no point looking for excuses. Hats off to them, they played well.

“We have to keep going and we’d have said the same thing if we’d won. There’s a long way to go and we must concentrate on getting back on track.”