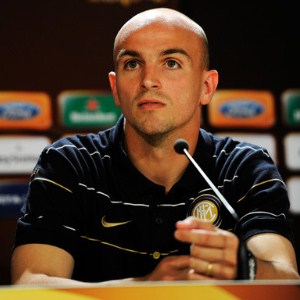 Inter Milan defender Esteban Cambiasso has declared that the Italian champions and Treble winners are no bores.

The Argentine international admires the showmanship of Spain and Barcelona, but denies accusations Inter are boring and defensive.

The former Real Madrid star told Gazzetta dello Sport that : “Everyone who plays football would like to play like Barcelona or Spain, who focus on possession and spectacle,”.

“But it’s not true than in Italy, and specifically Inter, we defend and do nothing else.

“You cannot win every trophy available by just sitting there waiting for your opponents. We know when it’s the right moment to attack and the moment to defend.”