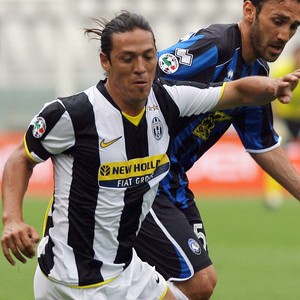 Juventus midfielder Mauro Camoranesi has been ordered to pay a $50,000 indemnity to an opponent he injured during a match in Argentina in 1994.

The ruling found in favour of Roberto Pizzo, who needed surgery and a long period of rehabilitation after being kicked by Argentine-born Camoranesi in a match in the Mar del Plata league south of Buenos Aires on August 14 1994.

“Although it’s not possible to describe Camoranesi’s action as deliberately intentional, it was incredibly clumsy […] abnormal and avoidable,” the ruling stated.

Born in Tandil 160 km northwest of Mar del Plata, Camoranesi went on to play for Banfield in Argentina’s top division, and had stints in Mexico and Uruguay before moving to Italy’s Verona in 2000.

The 33-year-old has played for Juventus since 2002 and was a member of Italy’s 2006 World Cup-winning team after becoming an Italian citizen. Juventus Ahead Of Arsenal For Napoli Striker Gonzalo Higuain