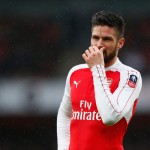 The former Gunners and Spurs centre-half exclusively told 888sport that he feels the red side of North London possess more quality than their white counterparts as the two clubs prepare for the North London derby this weekend.

“If you’re looking at quality then Arsenal’s quality of football has been superior,” said Campbell.

“You have to look at it over five to ten years to see how consistent they are and Tottenham have really come into their own this season. They have improved but let’s see after five seasons.”