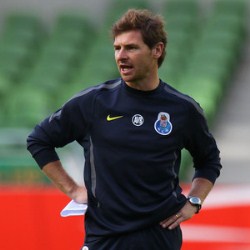 Andre Villas-Boas resigned from Porto on Tuesday, and agreed to a three-year contract at Chelsea. The Portuguese is now the seventh manager of the Roman Abramovich era.

Villas-Boas, who won the domestic double as well as winning the Europa League last season with FC Porto will now replace Carlo Ancelotti, who was sacked in May.

The 33 year old Portuguese tactician is set to become the youngest manager in the Premier League but the main question is, does he have what it takes to succeed at Chelsea.

Villas-Boas is not new to Chelsea. He previously worked at the club as a scout under Jose Mourinho and has received high praise for his man-management skills.

However, being only 33 years old, will he be able to command the respect and loyalty of the multi-millionaire players at Chelsea? Obviously managing the players at Porto was much easier compared to the big name players such as Drogba, Anelka, Torres, Lampard, Terry and many more.

However, managing the Chelsea players will not be the only problem for Andre Villas-Boas. He will now have to put up with the Russian billionaire who owns Chelsea, Mr Roman Abramovich. The success craving Russian is known for his hands on approach at Chelsea, may it be on the field or off it. Everyone thought Jose Mourinho was indispensable and one clash with Roman was enough for the Special One to be shown the exit.

Andre Villas-Boas record at FC Porto was second to none. He managed a total of 58 matches winning 49 of them. That is a win rate of 84.48%. After setting such high standard for himself at Porto, the time has come for Villas-Boas to translate that success into the Premier League and Chelsea.

So,back to the question at hand. Can Andre Villas-Boas Succeed At Chelsea? Vote now and let us know what you think. Cheers!