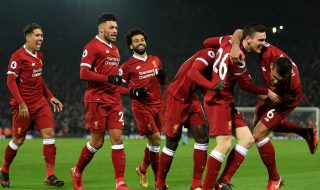 Liverpool are five points clear at the top of the Premier League table heading into an away fixture against Sheffield United on Saturday. The Reds defeated Chelsea last weekend, 2-1, thanks to goals from Trent Alexander-Arnold and Roberto Firmino. Football fans can visit the most recent online casino sites UK to find the latest odds for the weekend’s next round of matches.

Liverpool is the only Premier League team with a 100% winning record. They could extend their league lead to eight points with an away victory and Manchester City loss to Everton on Saturday.

Manager Jurgen Klopp has found a winning formula this season and is set to get injured players back into the team in the coming weeks. The Reds have an extremely difficult month of fixtures on the horizon and a win at Sheffield United will enable to them go into October in a comfortable position.

Liverpool have already claimed victories over Norwich City, Southampton, Arsenal, Burnley, Newcastle United, and Chelsea. The fixtures are only going to get more difficult for the Reds, however.

Following their visit to Sheffield United, Liverpool will play Red Bull Salzburg in the Champions League and Leicester City the Premier League.

After the October international break, the Reds will clash with derby rivals Manchester United at Old Trafford. Despite the Red Devils’ current form, it is a tricky fixture and one in which the Reds dropped points last term. A trip to Belgium’s Genk in the Champions League will be followed by a home match versus Tottenham Hotspur.

October will be a difficult month for Liverpool and if they can come through unscathed, they will be full of confidence going into their early November clash with Manchester City at Anfield.

Three players are fighting their ways back to full fitness for the Reds. Naby Keita, Alisson Becker, and DivockOrigi are all recouping from their respective injuries. Alisson is expected back toward the end of October from a calf injury suffered on opening day against Norwich City.

Keita suffered a groin/hip injury prior to the UEFA Super Cup. The midfielder could be available for Liverpool’s trip to Bramall Lane. Meanwhile, Origi, who suffered a sprained ankle against Newcastle United, is likely to be back for this weekend against Sheffield United.

Although Liverpool lead the Premier League by five points over Manchester City, it is Pep Guardiola’s team that is UK sports books’ favorite to win the title. Manchester City is 8/11 to win the league while Liverpool is 11/8. Betting sites could alter their odds if the Reds can pick up a 16th consecutive win this weekend.

Liverpool has outscored opponents on their travels 7-2 this season. They have only kept one clean sheet on the road, which is different than the tight defense Liverpool had last season. Of course, Alisson’s injury and Adrian’s promotion to the starting goalkeeper position has most likely led to those defensive issues.

Sheffield United and Liverpool will kick off the early fixture on Saturday in the Premier League. The Reds winning streak and five-point Premier League lead are both on the line.