It has been revealed that Arsenal manager Arsene Wenger has said that the only way he can respond to constant criticism is by continuously working hard at his job. 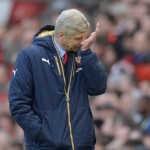 The French manager was responding to a question about the criticism he has received from club fans following the Gunners’ disappointing run of results.

“I cannot influence the behaviour of the fans. How can I do that?”, he said in his press conference ahead of Tuesday’s FA Cup tie with Hull City.

“I am humble enough every day to question myself, to accept my mistakes, and believe me I do that. After that as well there is no coincidence that the people who own the club tell me to be here for 19 years. Do you think they are more stupid than you or me?

“That’s all I can do. I do not worry what you say about me or what fans say about me. I try to do my job in a proper way and with full commitment. After that everybody has the right to have an opinion.”