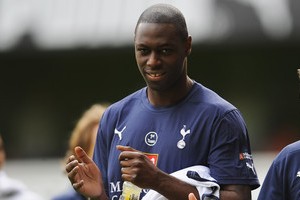 Tottenham captain Ledley King has been told he’s going to the World Cup with England.

It has been reported that King has been assured Fabio Capello wants to take him to South Africa even though he has spent lengthy spells on the sidelines since he sustained a knee injury four years ago.

The Tottenham defender is unable to play more than one game for Harry Redknapp’s side in a week and barely trains because of the problem.