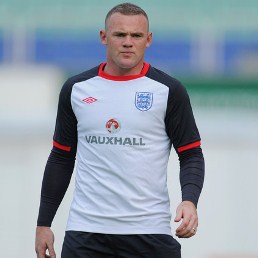 Fabio Capello has revealed that he is not concerned if Bulgaria choose to man-mark Manchester United star Wayne Rooney.

Bulgaria boss Lothar Matthaus has suggested the tactic in the lead up to the Euro qualifier.

“If you man mark him it would be difficult for the opponent. He’d need to run a lot,” reflected Capello.

“Sometimes, if you play man-to-man against a player and don’t have someone else helping him, it’s really difficult. Not for Rooney, but for his marker.

“When you are dribbling and get past the defender, you’re free.”

It is clearly something Capello would welcome.

For, even though Rooney has only scored once for his country in two years, the Italian is witnessing a player at the very top of his game judging by that stellar hat-trick against Arsenal last weekend.

“Goals are a fantastic medicine for a forward,” said Capello.

“He has scored a lot, including two really fantastic ones from free-kicks.

“He is in a very good moment. You can see it all the time. It makes a big difference to us because he is a really important.

“The players know Rooney at the top of his form can beat his opponent and other teams.

“He is happy. It’s probably something to do with his hair.” Carlos Mane Delighted To Be Linked With Man Utd, Chelsea